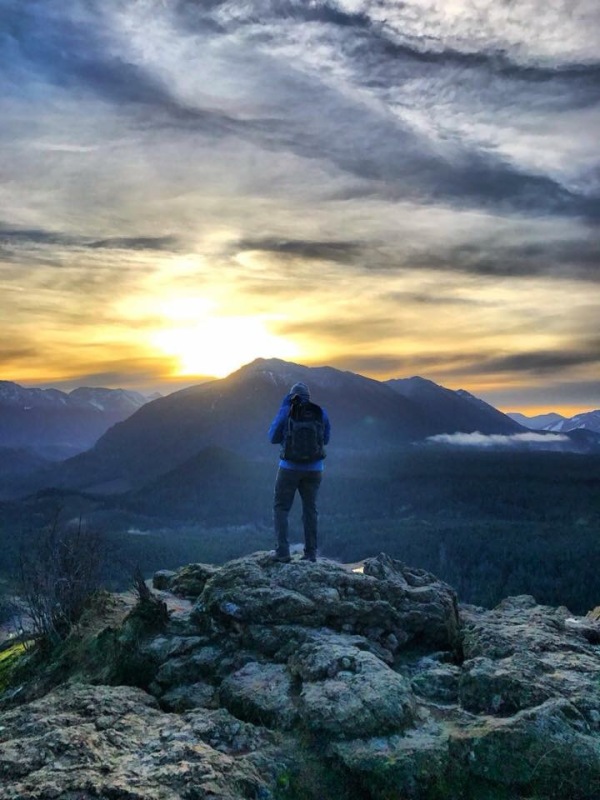 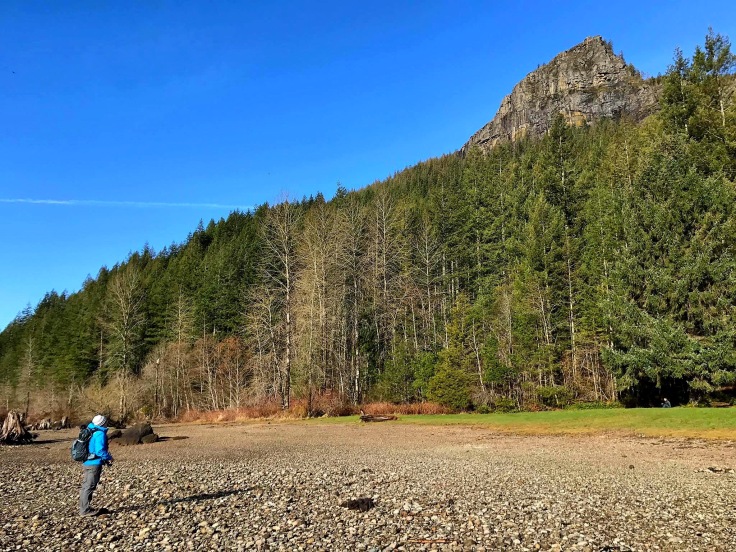 I was feeling pretty good after a rare successful evening at a local casino so I had the idea of an early morning hike to see a beautiful PNW sunrise from atop of mountain. It sounded like a great idea until my alarm went off at 4:30 am. Suddenly that idea didn’t sound quite as good.   I had a friend hiking with me so I had to drag myself out of bed to get ready!

We headed out and arrived at the trailhead at 6 am. The WTA review said it was a 2 mile “easy” hike. Sunrise was scheduled for 7:11 so we would have enough time for our leisurely “easy” hike. It is only March so it was still dark. The headlamp was a necessity to see the trail in the forest. We headed out and quickly realized there is a decent 1200 foot elevation gain over the next 1.9 miles. About 3/4 of the hike up was in the dark. I have to admit it’s kind of spooky hiking in a forest with only a headlamp!  This is a pretty busy trail so we saw lots of people headed up with us.

We arrived at before 7 am and there were already about 10 people there awaiting the sunrise. There was a noticeable temperature drop on top with a slight brisk breeze blowing.   It was a pretty sunrise although I bet it is really spectacular in the summer!  The snow capped mountains were beautifully offset by he robin egg blue sky. My friend Tami took a super cool photo of me at the top. Might have to frame that one! 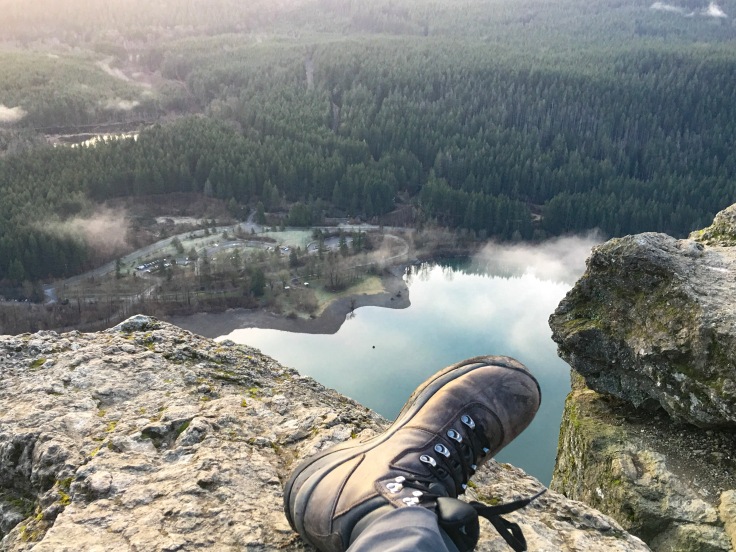 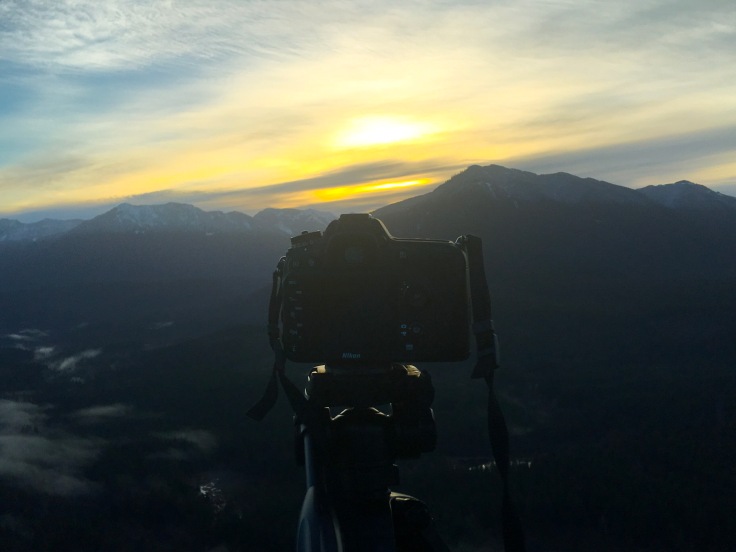 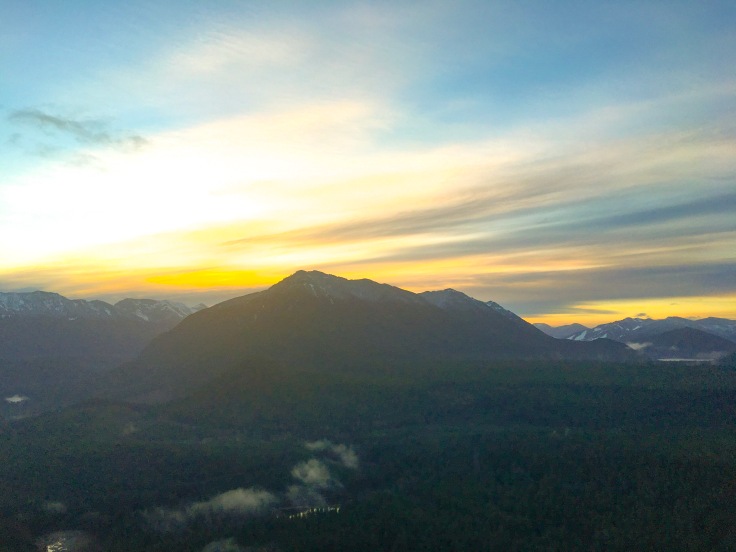 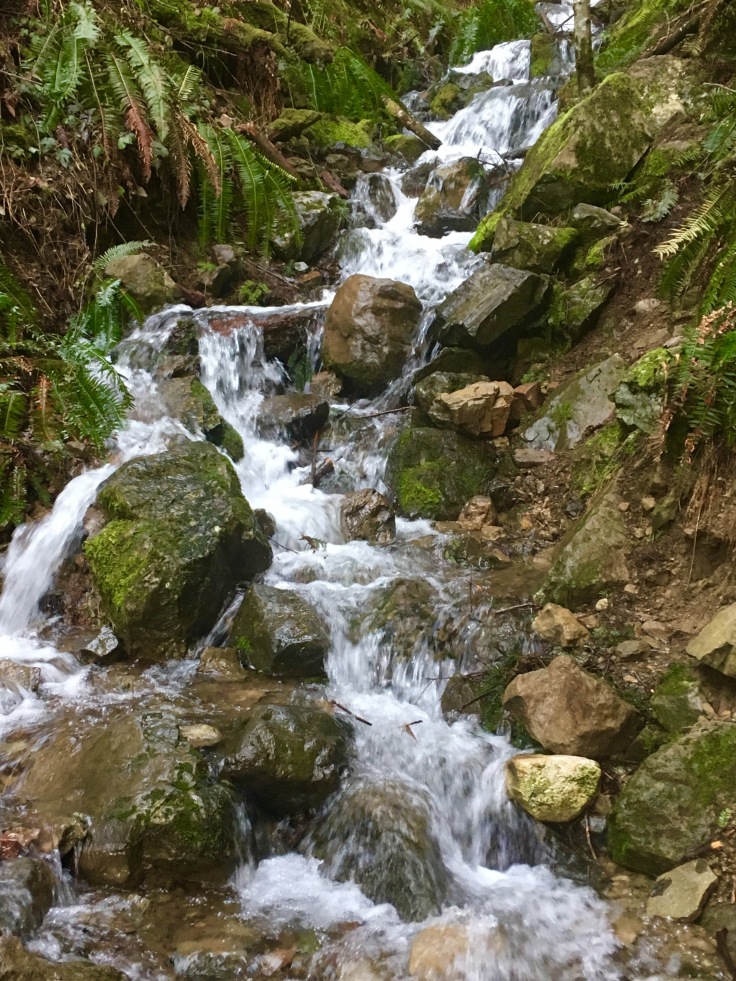 After about 45 minutes we headed back down. So much easier to see in daylight!  The walk downhill was so much quicker!  We passed a steady stream of hikers headed up. I can imagine how busy this trail is in the summer. We even saw a couple rubbing it in by running up to the top and back down😳.

Another fun trail to check off! 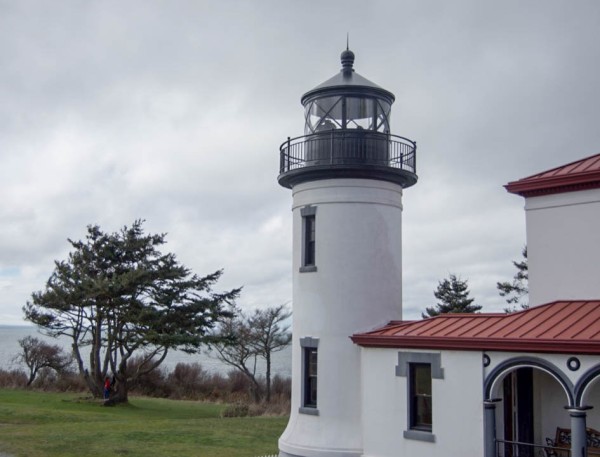 I ran out of time last weekend when I went touring Whidbey Island so I had to go back!  I have not been to Fort Casey since I was a kid visiting my Great-Aunt who lived in Greenbank.  Although it was a bit windy, the rain stopped so we could stay dry.  I took my daughter and her friend so they could see the old military site.  We climbed through the  tunnels, which are in complete darkness!  Not good for people with a creative mind who envision people or monsters hiding down there!  Thank god for iPhone lights!  We also went up the lighthouse, with a tight spiral staircase to climb.  I took a photo from the top of the staircase, but didn’t pay enough attention to my focal point so the bottom of the staircase is out of focus.  Bummer!

Heading out we saw a few guys out kite surfing.  The wind was perfect for the inlet they were riding at.  They streaked across the water, then with a pull of their kite strings they flew about 20 feet into the air.  I have to admit it sure looks like a lot of fun! 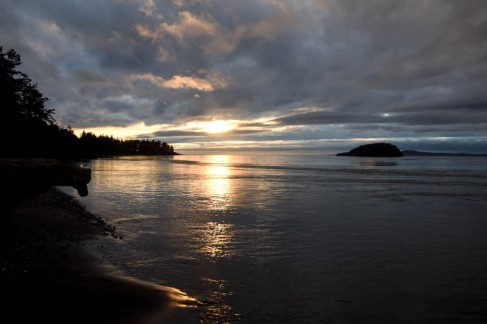 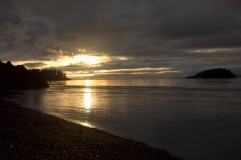 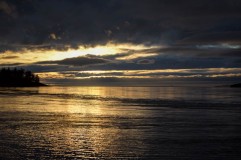 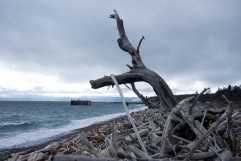 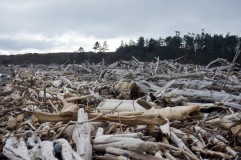 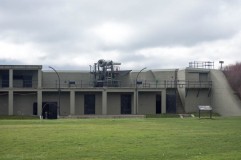 As the sun started to set we headed up to Deception Pass to see if the “love rock” was still there. It wasn’t:( but we were treated with a pretty nice sunset to remind us that Spring in Washington is on its way!!  Can’t wait to hike with the wildflowers in bloom and spend some time on the boat this summer! 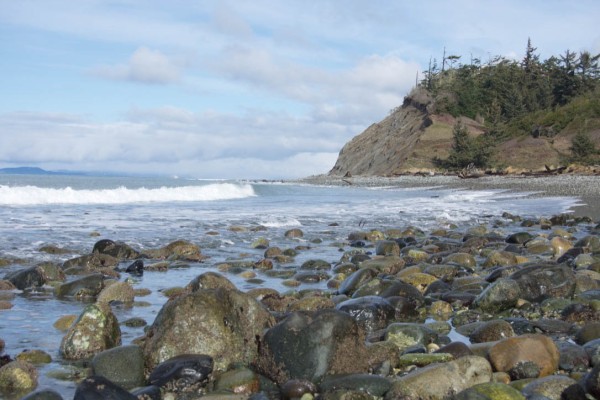 This past weekend I headed up to Whidbey Island to explore some of the beaches. It’s like going to the Washington coast, but closer!  The weather forecast called for a break in the rain until mid afternoon, well except for the snow shower heading North on I-5, so I took advantage! The sun was out by the time I hit the Island.  I had to stop at Deception Pass just because it is so pretty. What started as a 15 minute stop quickly turned into a 90 minute stop!  I took some photos on the bridge. There was a light layer of fog covering the tops of the trees.  The water was a crazy bright green.  I ventured down the trail to a small beach.  There were a few seals playing just off the shore and tons of birds. I found a heron hiding behind some rocks and tried to get a closer photo but it flew off. I did find though a small white rock that someone has drawn a red heart on it!  There was a light dusting of snow on the logs that washed ashore and someone had stacked some rocks on the logs too.

I finally made it down to Coupeville.  Such a cute town.  I’m sure it is normally quieter but this weekend was the annual beer and mussels festival so it was pretty busy! I walked around Fort Ebey State Park to see the gun armors, then down to the beach. Although the sun was out, the wind coming off the water was a bit chilly!  A few big ships passed by so we saw some pretty  cool waves crashing against the beach.

I headed over to Ebey Landing and parked up by the cemetery. It was a nice hike down to the beach, only to find parking lot at the beach. Doh! The beach seems to go on as far as you can see in both directions. I even saw a guy flying in this machine that has a sail and is propelled by what looks like a fan. Not something you see on a beach everyday!  I tried to stay until sunset, but realized the sun was setting a bit too far off to the side so I headed home. The ferry ride out of Clinton was beautiful.  The mountains looked amazing. Backlit with a bit of a colored sky and clouds hovering over the peaks.

We had such a great time, we are headed back next weekend to visit Fort Casey and Langley! 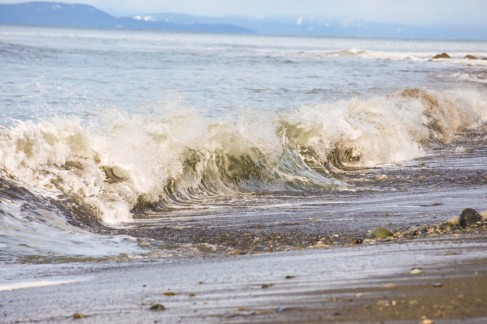 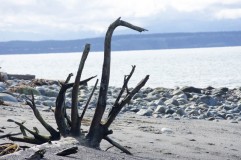 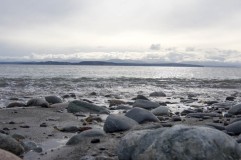 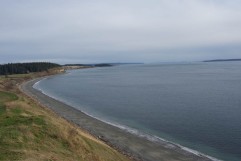 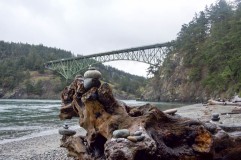 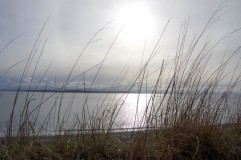 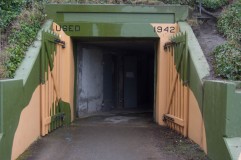 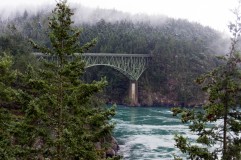 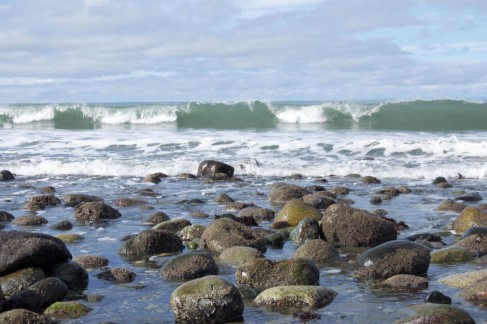 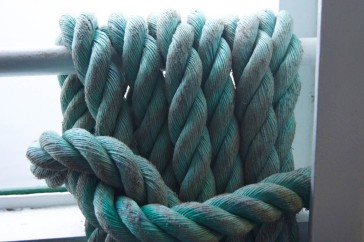 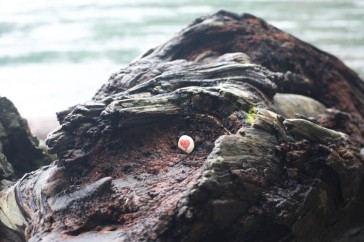