I’ve read about this hike a few times and was intrigued by the wood carvings along the trail as well as the story behind the trail.  My friend, Tami,and I decided to head over to Eastern Washington and check it out for ourselves.  The weather in the Seattle area called for rain.  I know crazy right!?!?  Usually Eastern Washington is a bit drier so we headed out.  Well, that is where the adventure began.  We made it to Steven’s Pass and were greeted by a pretty good snow storm.  The roads were covered and it was coming down pretty good.  It is mid-May right??? Undeterred we continued on our way and found some sun breaks the closer we can to Leavenworth. Just outside Leavenworth traffic came to a halt on Hwy 2, which is notorious for head on crashes so we assumed that is what happened.  We were wrong. We came upon, one vehicle pulled over and 6 cop cars.  Most likely the remnants of a high risk stop to catch a bad guy.  Luckily the stop didn’t last long and we were back on our way.  We arrived at the small parking lot adjacent to the trailhead, donned our backpacks and headed out or UP I should say.

This trail is posted as 5 miles roundtrip with a 2,000 foot elevation. The trail starts on the property of Mr. Sauer, who not only graciously lets hikers go through his property to get to the National Forest trailhead, but he greets all the hikers on their way up and on their way back out. Very nice man and pretty funny too!

The first mile of the trail is pretty much up hill.  There is a 1,500 foot elevation in the first mile or so, before it levels out and you head through the forest and along the ridge line. Actually several ridge lines.     Although it is listed as 2.5 miles to the top, it feels much longer than that!  There are nice wood markers along the way to let you know how far you have come and what the elevation is.  The sun was out and it was reasonably warm so it was a good workout!  About 3/4 of the way up it started to rain, rapidly followed by HAIL!  We figured we were pretty closers we didn’t drive 90 minutes to not make it to the top!  We pushed on and finally, and I mean finally we could see the top.  The last 300 yards is pretty much straight up hill!  At the top is a nice marker telling you all the mountains around, however we had to trust them as the clouds were so low we couldn’t see any of the tops. I bet on a clear day, the view is spectacular!  There also is a sign in book at the top.  Don’t forget to take your picture at the sign so everyone knows you made it to 3100 feet!

One interesting part of the trip was the number of senior citizens we saw on the trail.  I’m not talking one or two, but around 20 in several groups.  This is a decent workout on the thighs and calves so we were pretty darn impressed they were headed for the top!  Reminds you of the importance of keeping active and also that you better not quit before the top because that 75 year old is crushing the trail to the top!!  A little peer pressure never hurt anyone!

On the way out we ran into a yellow tailed marmot, who was a little intrigued by us, but ran back under the rock when we got too close.  I also bought a bottle of wine from Mr. Sauer. Their family makes wine under the name Farmhand Winery.  I don’t drink wine so some lucky friend of mine is getting a nice bottle of Cabernet Sauvignon! 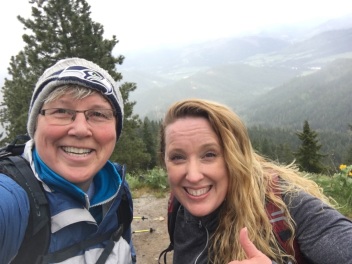 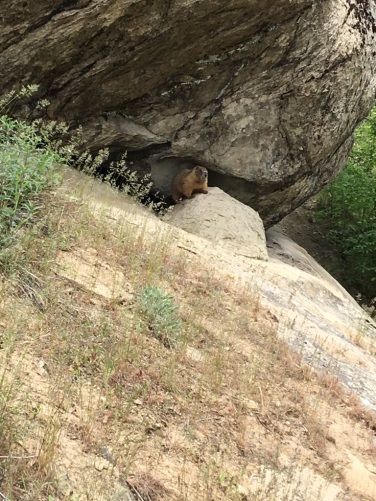 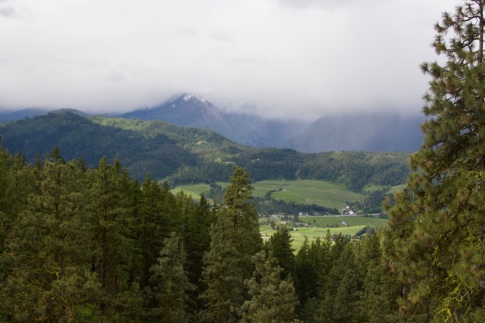 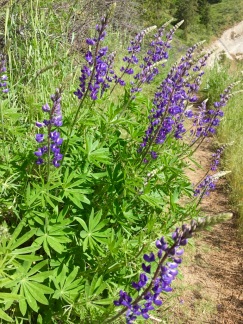 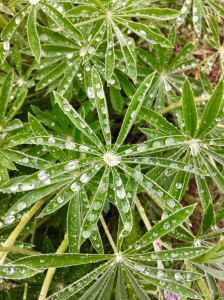 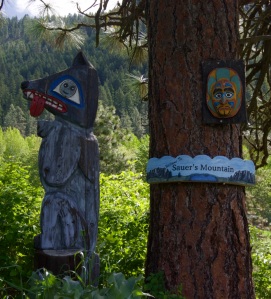 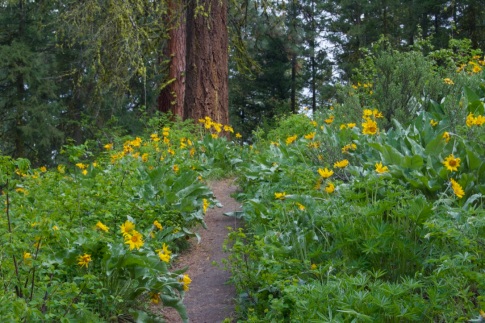