I’ve lived in Washington state pretty much my whole life. I walked by a view of Mt St Helens on my way to school. On May 18, 1980 I walked two blocks from my house and watched the eruption. A huge plume of grey ash that just kept getting larger and larger. My dad got called into work as they anticipated issues at the airport. My brother was flying to Hawaii as the mountain erupted and watched it from the sky. The ash blew away from us and hit Eastern Washington and Idaho pretty bad. I remember seeing all the photos of cars covered with inches of ash. Emergency vehicles with these crazy ventilation systems attached. People walking around wearing masks. We heard about the local life of Harry Truman. Pictures of the devastation and stories of lives lost. Hard to grasp the totality of the situation as a kid.

After everything settled down the money making began! Everywhere you went you could purchase small containers of ash, pictures of the eruption, t-shirts, etc. It was crazy!

I’ve been to Mt St Helens once since the eruption. The devastation caused by the eruption is really hard to understand the magnitude until you see it in person. It is a massive hole. A new lake. Probably millions of trees thrown around like toothpicks. Powerful!

I never knew you could climb Mt St Helens. I just learned about that last year. I decided to try for a permit. I know thousands of people apply. Far more than can get them. I was ready the minute the purchase window opened!! Well let’s just say the institute had a small problem with the permit purchase and the system crashed in minutes. Wow were people unhappy!! People can be so cruel, disrespectful and just downright nasty on social media. The institute had to regroup and get a new plan together for permit sales. The second time wasn’t exactly smooth but we got our permits!! They only issue 100 permits per day so we were feeling pretty lucky!! Let the mountain training begin!!

Four months later the day actually arrived. We drove down on Sunday night. As we drove to the Sno-Park the forest cleared and we got a clear shot of Mt St Helens. I have to admit that was the first time I realized how large that mountain is and thought about the fact we would actually be climbing to the summit in the morning! Freely admit I had a moment of self doubt! Followed by excitement!!!

We decided to tent that night and get up at 2:45 to hit the trail by 3:30 am. That night there was a thunderstorm circling in the distance. No rain for us but wow did we have a great sunset. I bet the alpenglow on Mt St Helens was spectacular!! A little beef stew dehydrated meal for dinner and time to call it a night. Surprisingly I slept a bit and got up at 2:45 am with no problem!

We hit the trail at 3:30. The first couple miles are through the forest with a bit of elevation but really just a nice warmup! It’s dark and we are navigating via headlamp. So we are trekking right along and I hear this weird noise off in the distance. Kind of a cross between a howl and a growl. Todd didn’t hear it so we just kept walking. A couple minutes later we heard it again. We both heard it that time. We heard it probably four times in total. No clue what is was but it was safely off in the distance. No bear spray. Todd said Mt St Helens has the most Bigfoot sightings so I thought that would be pretty funny! Just what we need……to see Bigfoot!! What a story that would have been but luckily nothing to encounter!

We hiked on the winter route which is called Worm Flows Climbing Route. It’s really divided into 3 sections, 12 miles round trip and 5,700 feet elevation gain. The sections are: Forest. Pumice rock and ground up pumice rock. Followed by snow fields to the summit. The forest was pretty mild as you are pretty much walking on a really wide trail.

Pumice fields generally suck! Once we emerged from the forest the winds were very noticeable. Sustained winds were pretty strong and the gusts were about 25 mph. That wasn’t very fun. Having ground up pumice rock thrown at your face at 25 mph hurts! You had to climb around and over the rocks and walk through what felt like sand. This section was about a mile long and all uphill. The sand made it difficult and energy sucking and the wind just made it worse. Unfortunately the wind followed us most of the way up!

We finally made it out of the pumice fields! Thankfully!!! I’ve never been so happy to hike in snow!!! Time for microspikes!

The snow sections are steep and I mean steep!! We had to toe punch into the snow to get any traction. The snow was so slushy you really had to pay attention or you would fall or slide. There are two sections of snow. Those sections took 3 hours alone to climb! It was exhausting!! Legs felt good though so I was happy with my training. I did learn that I have trouble deep lung breathing since my last surgery. Clearly have to stretch out my muscles more to get that back!

We arrived at the ridgeline…finally!! 6.5 hours after we started! What a view!! Mt Rainer was directly in front and spectacular as usual! Mt Adams was off to the side and pretty amazing!! Mt Hood was behind us and much further in the distance. The rocks around the rim were chocolate colored with hints of red. The dome was spewing steam and was quite a bit larger than I was expecting. You could see several visible fractures in the snow and a huge snow slab near the summit that is ready to fall. The sounds of the ice cracking was a bit eerie!we were waiting to watch large sections of snow and ice fall into the crater. 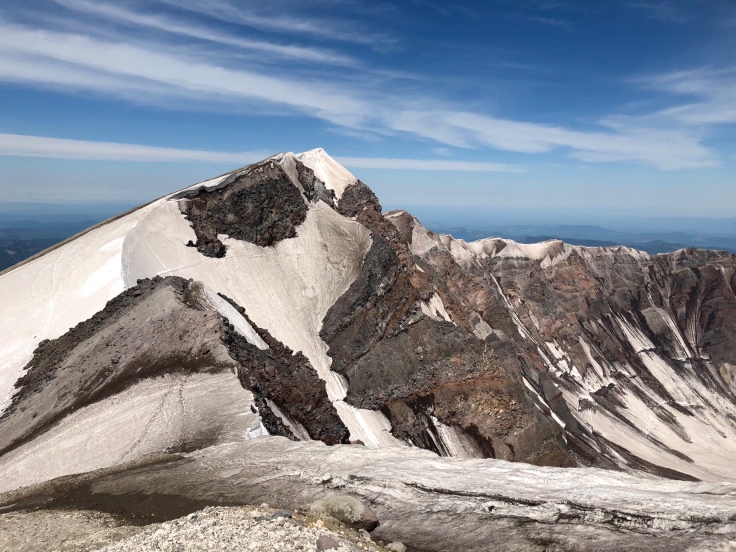 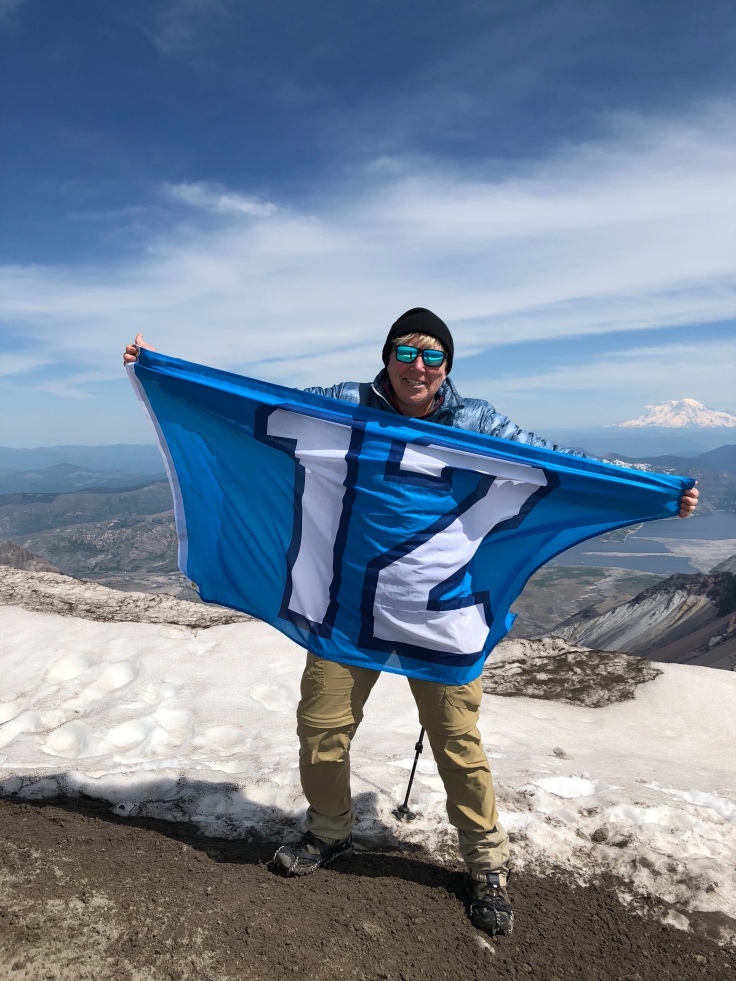 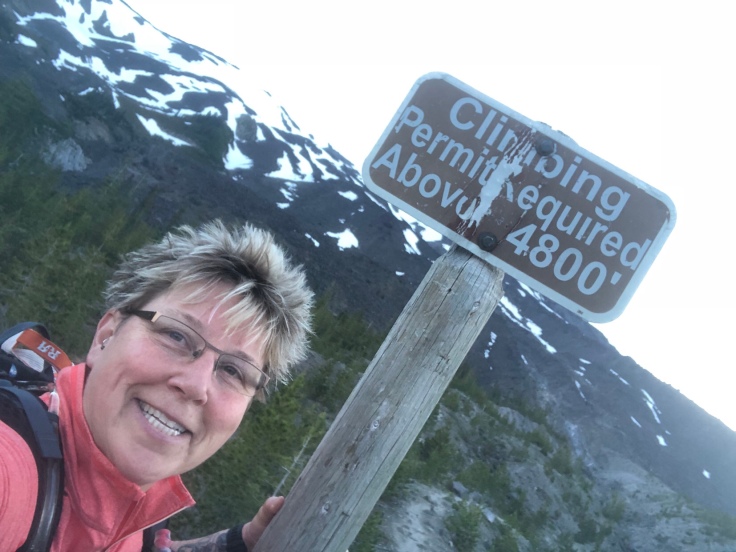 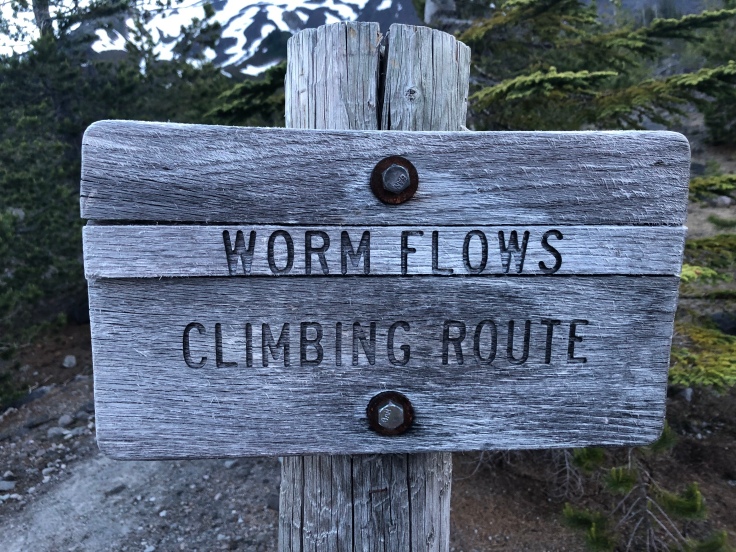 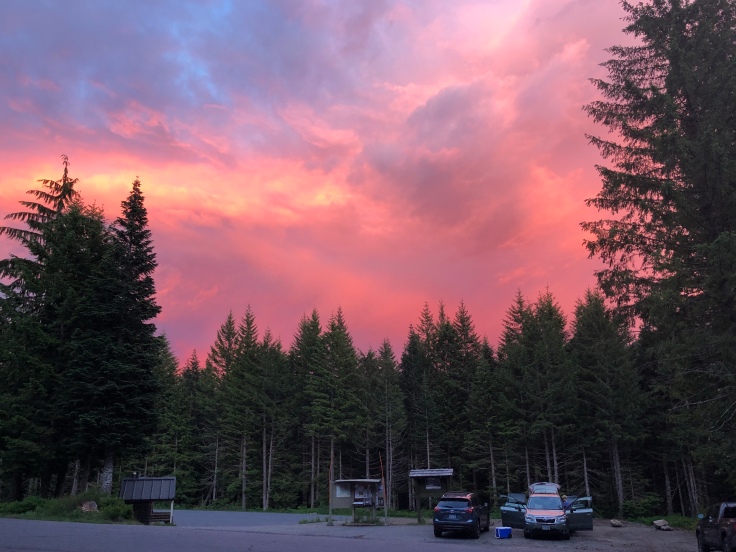 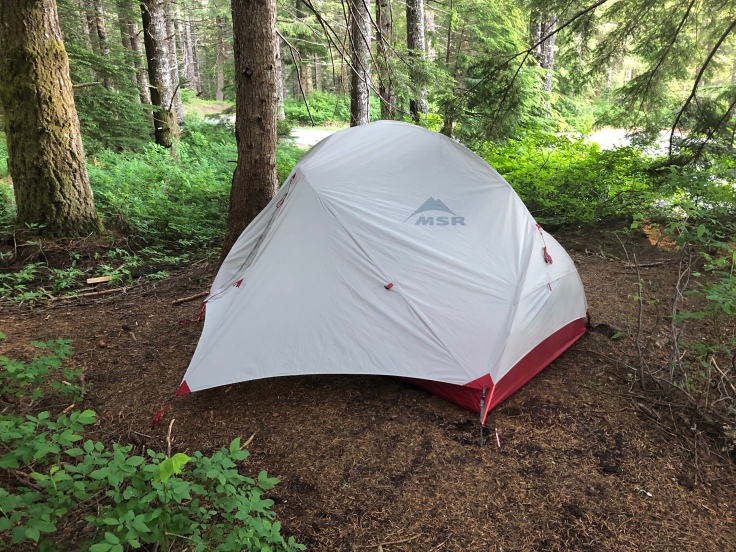 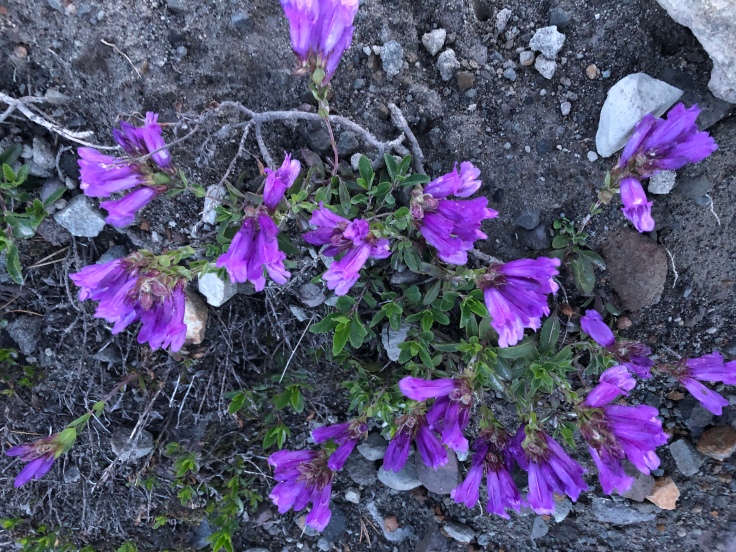 The whole setting was spectacular and left us with a sense of awe of the power of mother nature. One side of the mountain is essentially missing. Followed by a huge clearing that still exists 38 years later. A new lake named Spirit Lake and Mt Rainier in the distance. I love the PNW!! We are so lucky to have all this beautiful scenery!!

After an hour at the top we decided to start down. The best way to get down Mt St Helens is glissading!!! OMG so much fun!!!! The chutes are easily found and it took us 21 seconds to slide down what took us 90 minutes to climb! Felt like a kid again!!

Unfortunately we had to hike down the pumice fields. The lower snow fields had obvious fractures which made it unsafe. Down the pumice fields was brutal!! It was now pretty warm around 80 degrees. Those fields felt like they went on forever!! It look us 3.5 hours to get back to the parking lot.

This was a challenging climb but also a spectacular one. I’ve never done anything like that before. The scenery was amazing! The mountain leaves you in awe!

So glad I decided to climb Mt St Helens! What an unforgettable experience!!!