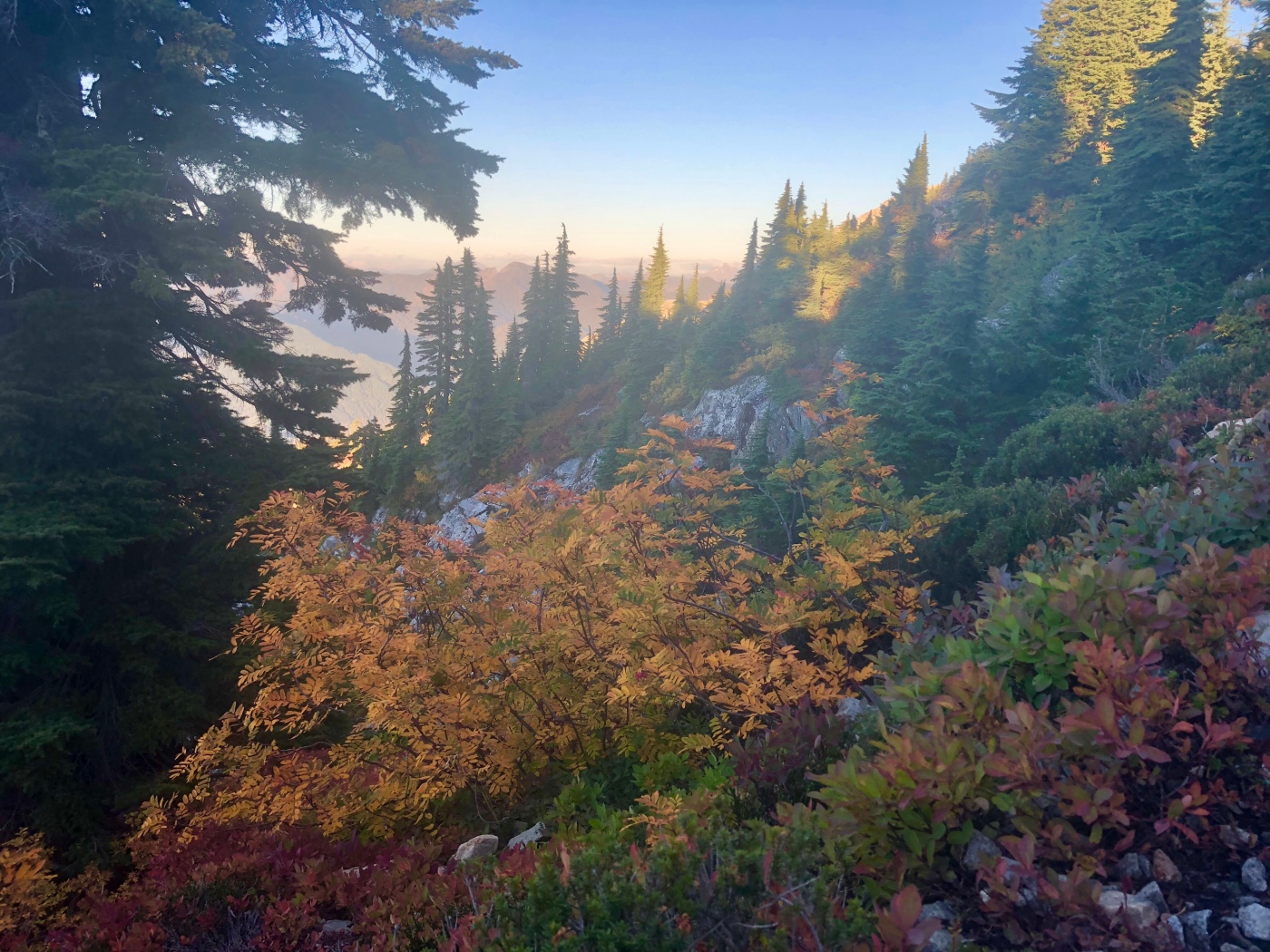 I’ve tried a sunset hike at Mt Pilchuck a few months ago but the weather did not cooperate and we were completely clouded in with a low ceiling.

The weather has been pretty nice the last few days so I thought I would try it again. Late September mid 70’s weather is perfect! I wanted to be at the trailhead by 5 so I would make the 6:57 sunset time. The trail is off Mountain Loop Highway. To say the 6.8 mile road from the highway to the trailhead is bumpy is a gross understatement!! It is full of huge potholes and I mean huge!! It is full off-roading on that road!

The parking lot was pretty full but I passed most people on the trail as hey were on their way down. The trail is in great shape. You have sections in the forest with many stairs and roots followed by all the boulders and rocks fields. You have to pay attention to where you are stepping or an ankle turn is definitely in your future!

The forest is a lush green with a decent amount of fungus varieties along the trail. As the sun was setting we had some spectacular golden glow in the trees followed by fire red strips along the trail. That was pretty cool. Once you get out of the forest you had good views for the remainder of the hike.

Rocks. Lots of rocks. I have to admit I’m not a big fan of rock fields. With going up or coming down. They move as you step on them so it’s an uneasy feeling at times. I learned that Mt Pilchuck once had chairlifts on it for skiiing. There are big concrete remnants along the boulder fields. Occasionally you will see a big bolt sticking out of the concrete or a huge cable with wheels. While you are hiking through this section you get your first glimpse of the lookout. Way up on the mountain. It looks like a little LEGO piece so far away. The trail is fairly wet through the section which makes the rocks slippery. I passed a family with about 6 kids on their way up. Most of the kids were under 5. (Yep they made it to the lookout! The hike down was pretty grueling for them though!)

Arrived at the lookout to a spectacular red sunset. The skies were so vivid! I was kicking myself for not bringing my big camera because iPhone photos just didn’t cut it!! It just doesn’t pick up the depth and richness of the sunset. I’ve been in a conflict with myself because my Nikon is so heavy I don’t really like carrying it out on hikes so I need to find a good camera, that is lighter, but will take quality photos while out hiking.

Stayed at the lookout for a good half hour watching the sun set then headed down. I lost the trail through the boulders three times for a brief moment. I was able to recognize it and correct my path quickly so I didn’t get far off trail. Hiked down with another hiker most of the way as it was dark and to make sure we stayed on the trail. Headlamps were very helpful. This time I didn’t see any bats so that was a bit disappointing!

Overall a great hike and I’m glad I went back for sunset. I still have an outlook overnight on my bucket list though but I think I want to do that at Freemont Lookout! 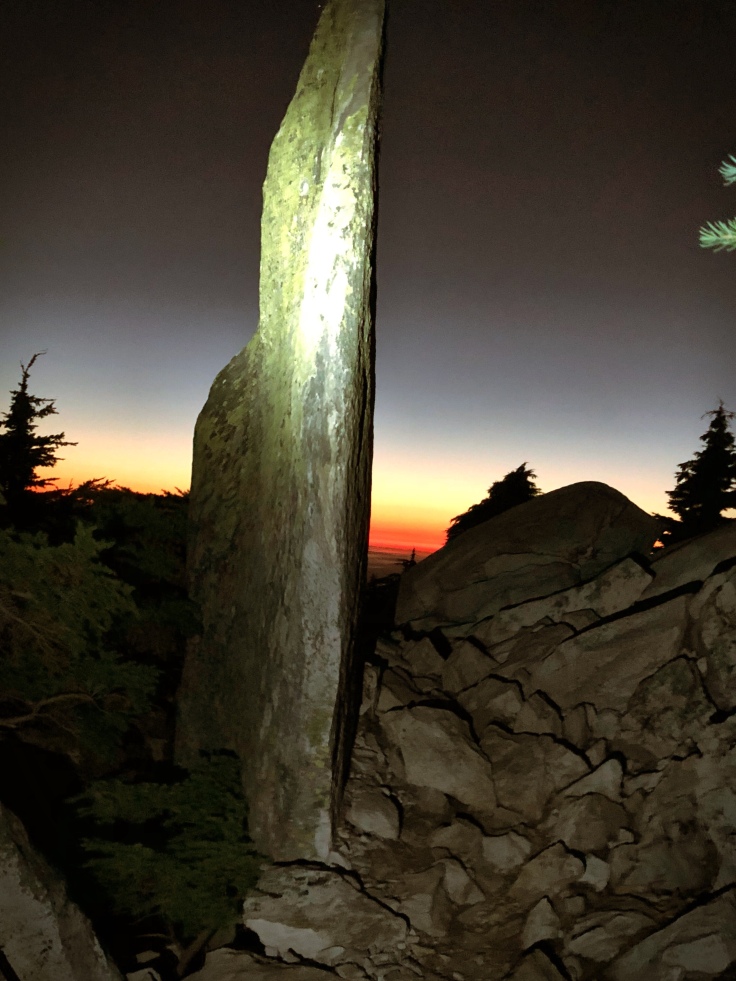 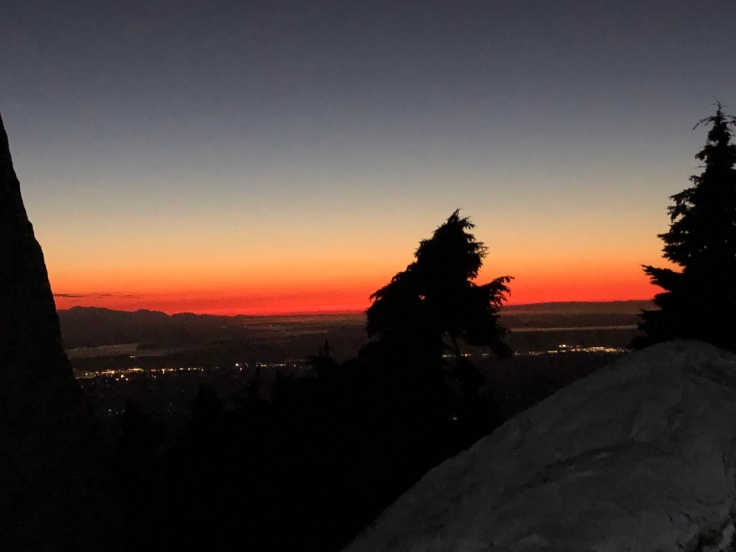 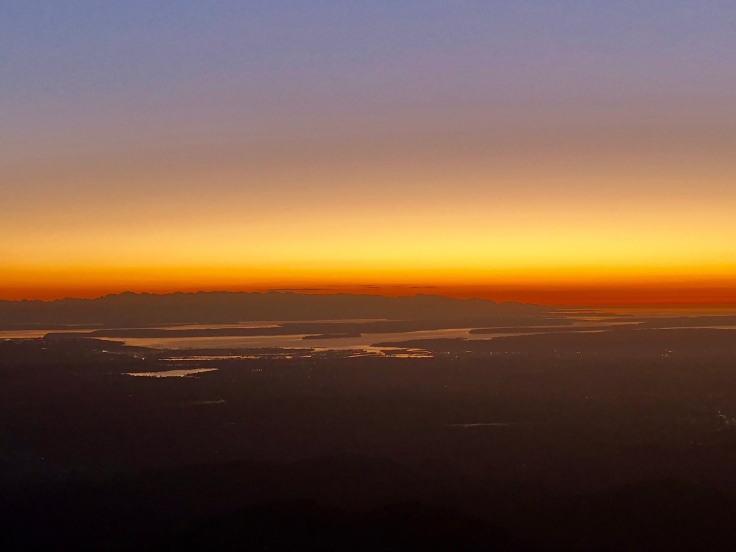 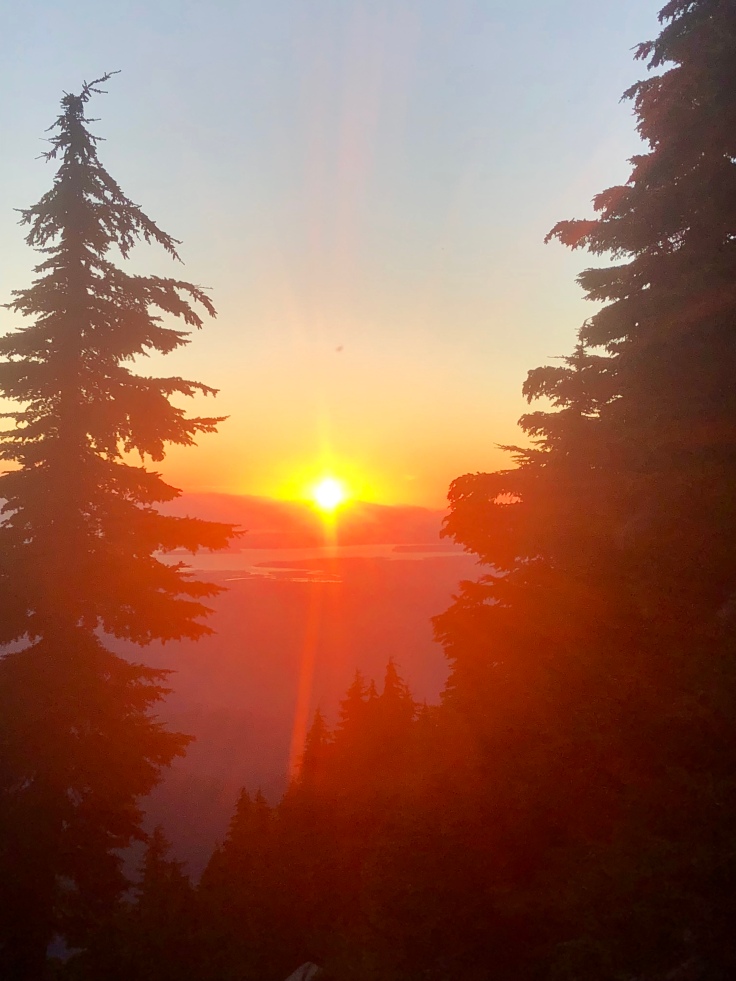 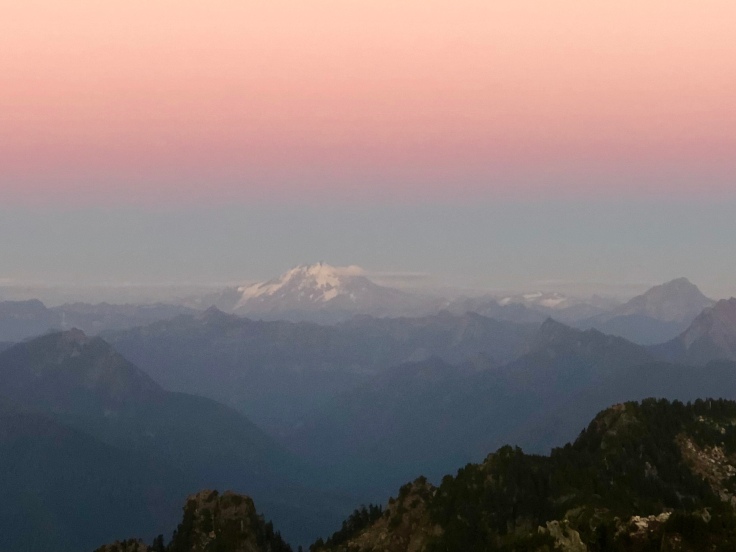 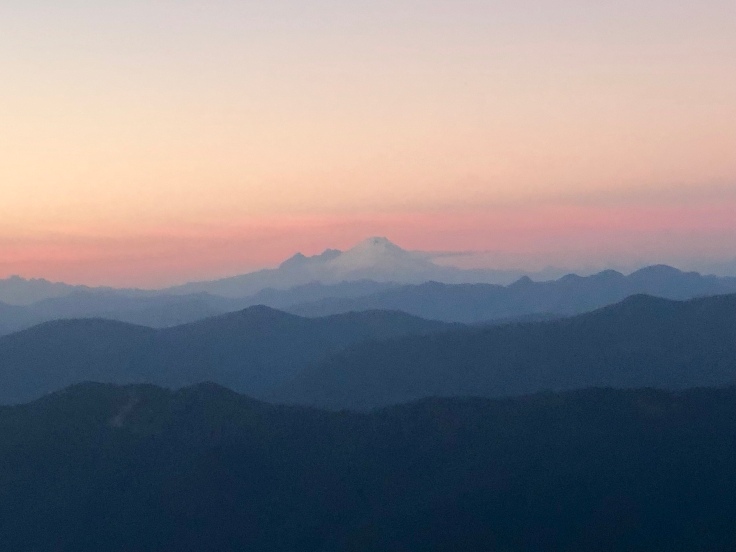 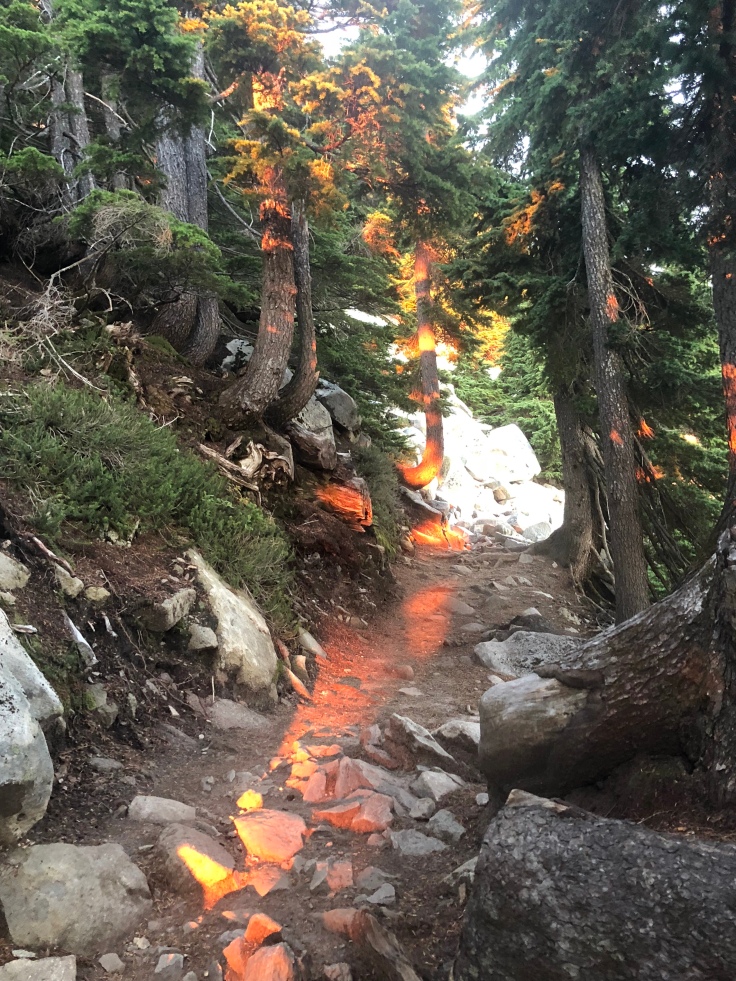 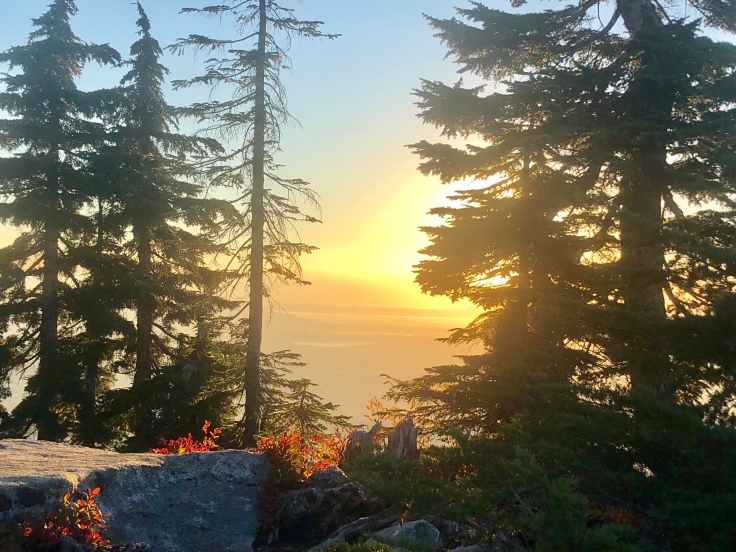 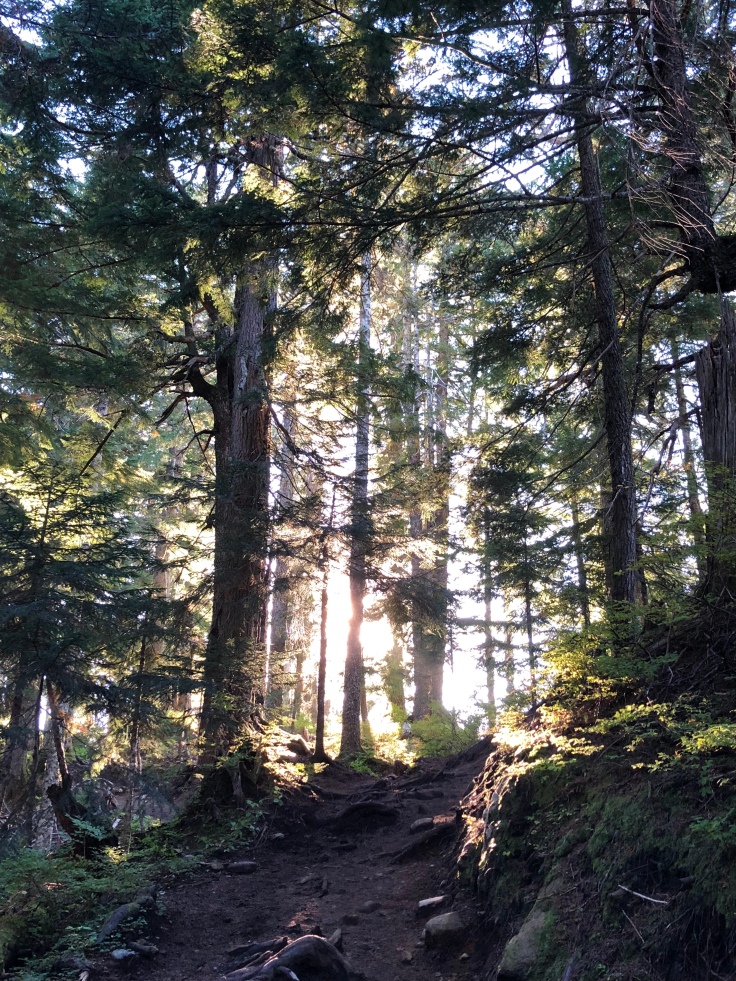 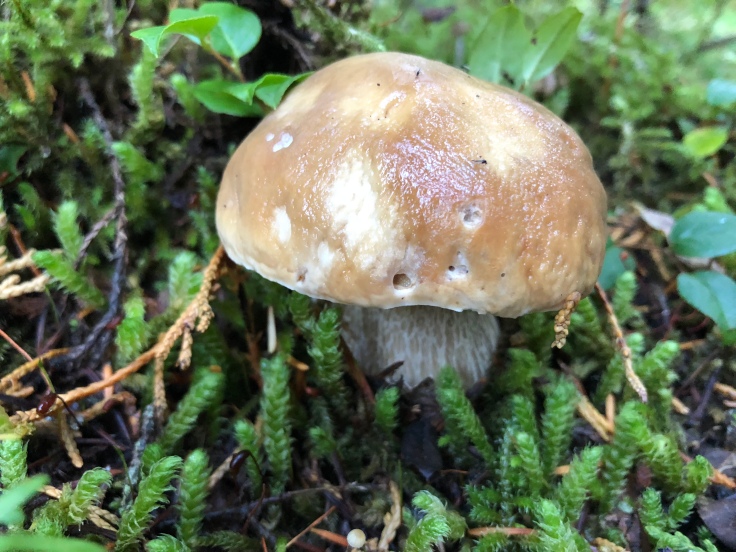 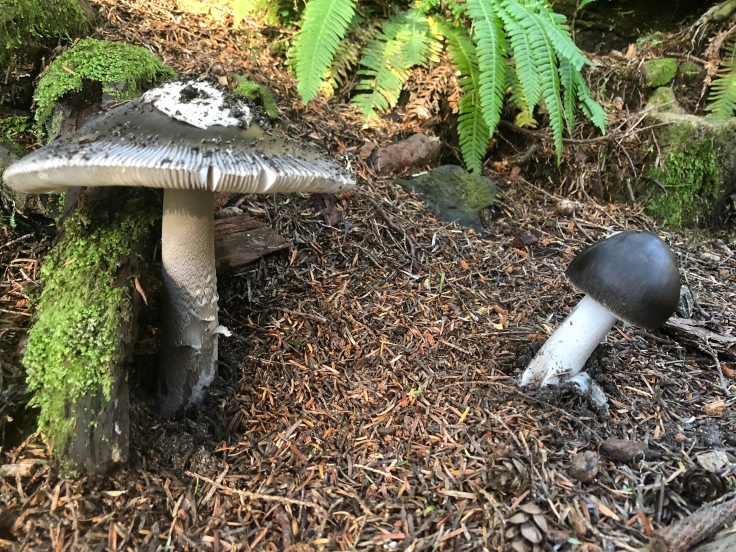