I have great plans to hike Heather Maple Loop trail because it has great fall color and larches. That hike is a few hours from my house so I had to set a 4 am alarm, which I did. I packed my backpack Friday night so I could just grab and go. Well my alarm went off and there was just no way I was getting up. So two hours later I finally dragged myself out of bed and decided on a new plan.

I’ve always wanted to see the Rockwood Farms in Snoqualmie as it is well known for the beautiful tree lined driveway. I stopped by there to take some photos before heading out to the Denny creek Trail. This is a very busy trail so the parking lot was full and many of us had to park along the road. At this point I realized I forgot my trekking poles at home. Ugh! I would definitely need those later!

The hike starts out through the forest where we saw lots of varieties of mushrooms and passed a few pickers along the trail. The trail winds along a hillside, which I thought was the hill we would be cresting, then drops you down for a stream crossing and away from the original hillside. After about a half hour after crossing the stream you break out of the forest and into a talus field. The hike to the ridge line is all exposed and consists of many switchbacks and a few talus fields. The trail feels like it goes on forever. We had great weather so the fall colors were pretty amazing!

At the ridge line it is a nice 15 minute stroll to the lake. What I love about the alpine lakes is the colors! They all are a little different but equally spectacular. I stayed at the lake for about 45 minutes and had some lunch. It was starting to get a bit chilly as the sun was behind the trees so I decided it was time to pack up and head back down.

This is where all the fun began!! One there are lots of trip hazards on this trail and lots of talus fields. Slow going but boy did I wish I had my trekking poles!! You hear pikas along the trail but rarely see them. I found one basking in the sun on a rock so I finally got a picture!! That was pretty cool.

I was waking down a dirt section of the trail, nothing unusual, and tripped on a rock. Before I knew it I was down on the ground! Bad part was I fell face first into a group of large rocks! It didn’t knock me out but boy did it ring my bell and knocked the wind out of me. The good part of hitting the rocks is they stopped me from sliding over the edge of the embankment. That would have been bad!!

I immediately knew my face was bleeding quite a bit. I managed to locate my water bottle which had fallen off my pack and sat on the side of the trail so I could figure out how badly I was injured. I used my phone camera to see where I was bleeding. My mouth and nose were bleeding pretty good. I had a goose egg on my eyelid already. Thankfully my sunglasses took the majority of the blow. The lens cracked but stayed intact. They must be made of something crazy strong to hold together with that hard of an impact. Glad they did though or I would have been in much worse condition!!

Luckily I carry a pretty well stocked first aid kit and I’m first aid trained so I was able to get the bleeding to stop. I checked the rest of me out and I was all good except for some sore ribs from my camera I carry on my front backpack strap. I knew I needed to get moving as I had about 3 more miles to hike out.

I could tell as I was hiking that my eye was continuing to swell. Even though my lips were severely swollen I was more concern about my eye. I passed a couple hikers on my way down and had them give my face a good once over as I couldn’t tell if I was still bleeding or if I missed an injury. They were great and stayed with me for a bit on the way down so they could tell I had my bearings.

I finally made it back to my truck and drove to the walk-in clinic to make sure nothing was broken. X-rays were negative just lots of swelling and bruising!

I hike quite a bit and 99% of the time it is uneventful. Well this hike was the 1%. Glad I always go prepared for the worst. I make sure someone knows my plan. I always carry my Garmin InReach and have it track my hike so friends can see where I am. I carry an extensive first aid kit and boy did that come in handy! I always have the 10 essentials. Things can change so quickly and they sure did for me! I know it was an unusual situation and it won’t deter me from hiking. It’s just a good awareness to have.

Today I’m feeling pretty good. I have a pretty good black eye but my nose and mouth are looking much better. Too bad it’s not closer to Halloween as I could easily go as either Rocky or Conor McGregor! Batted tested!! 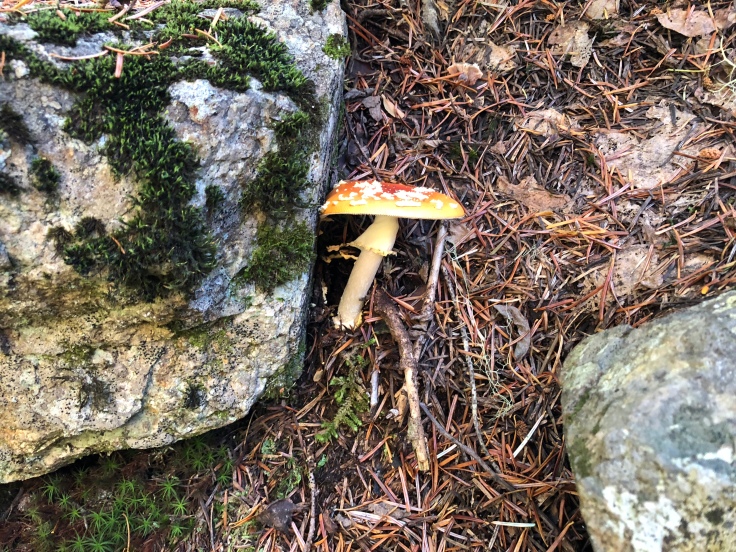 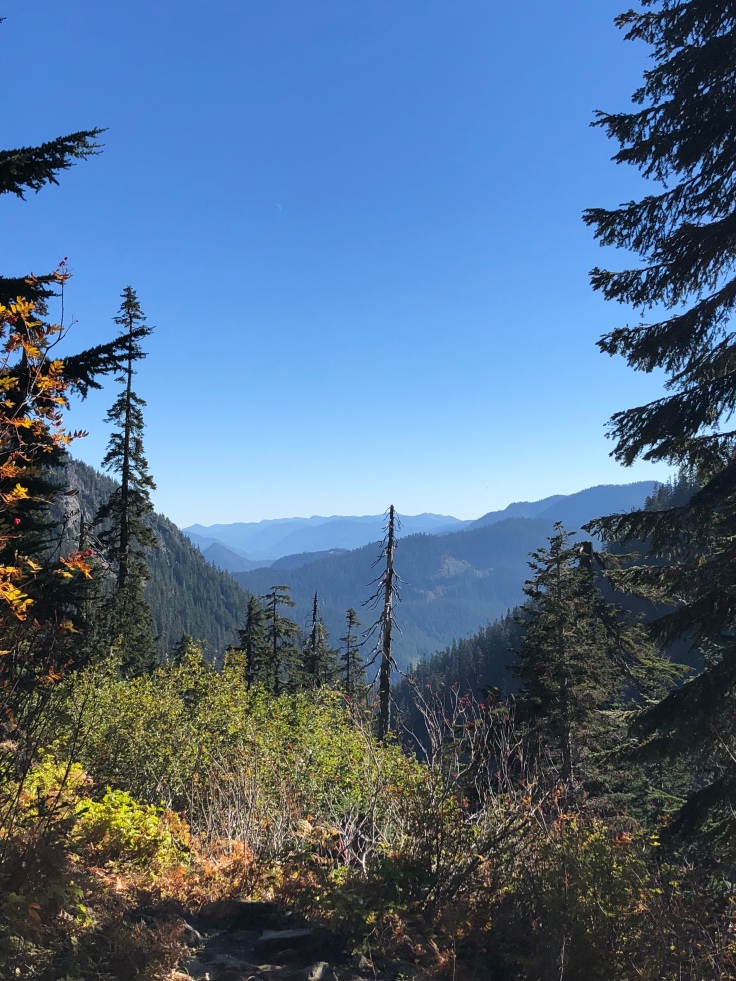 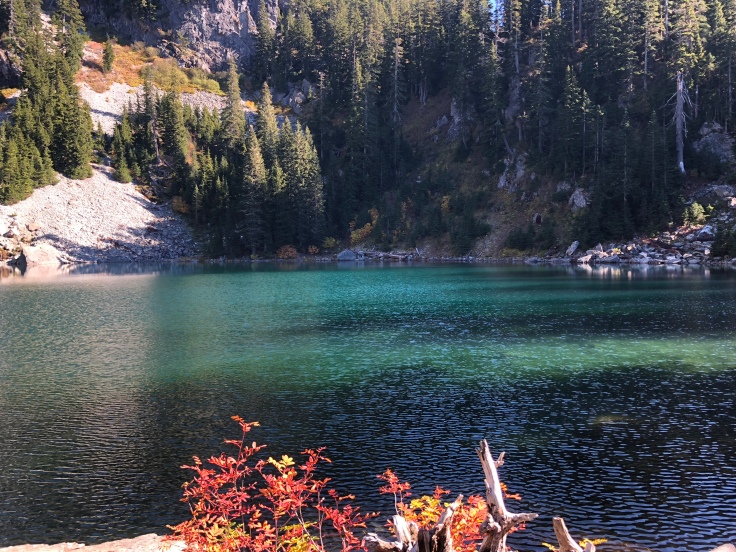 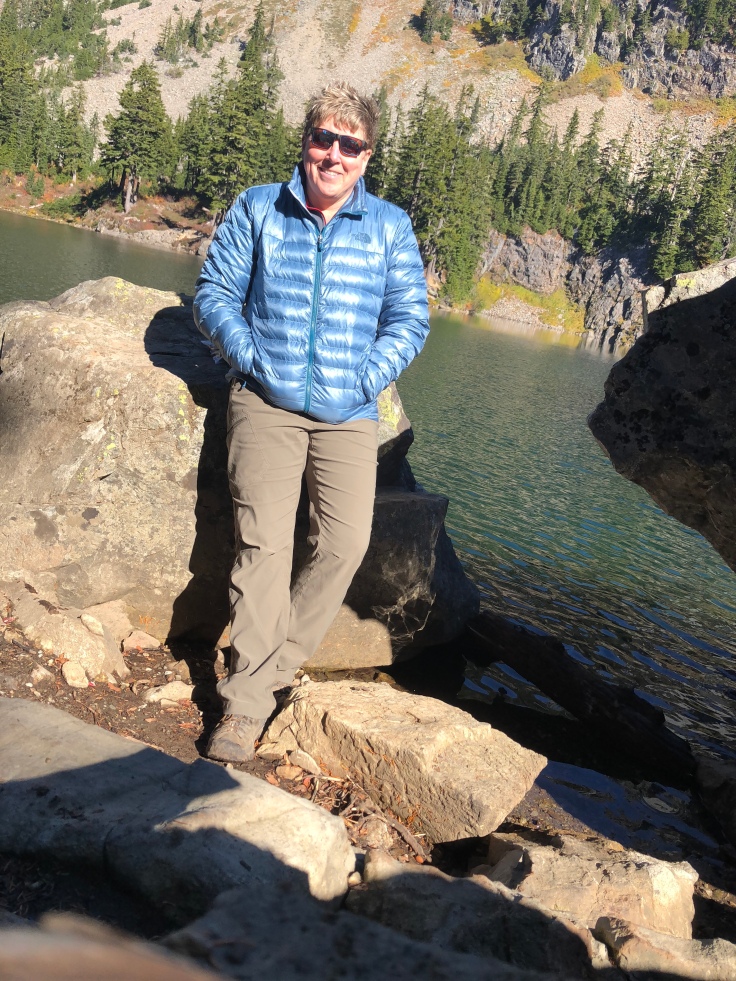 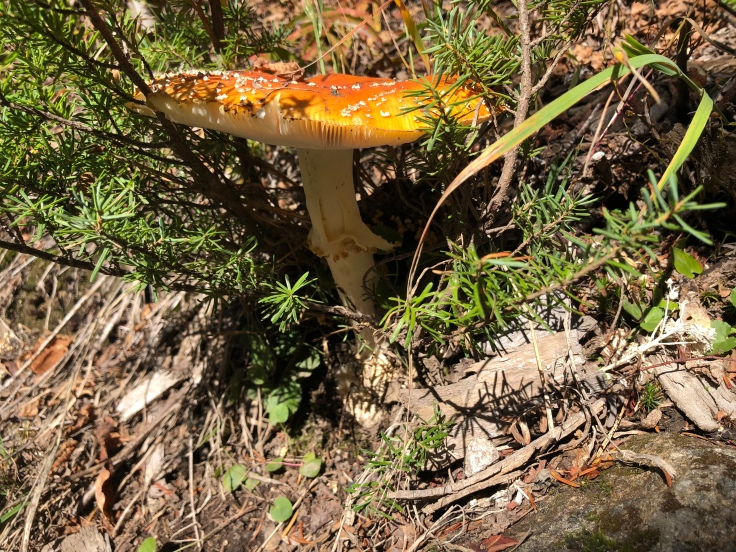 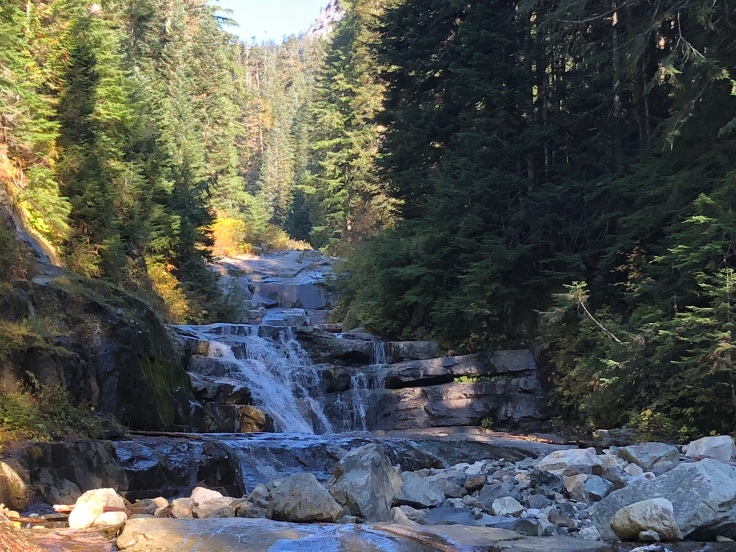 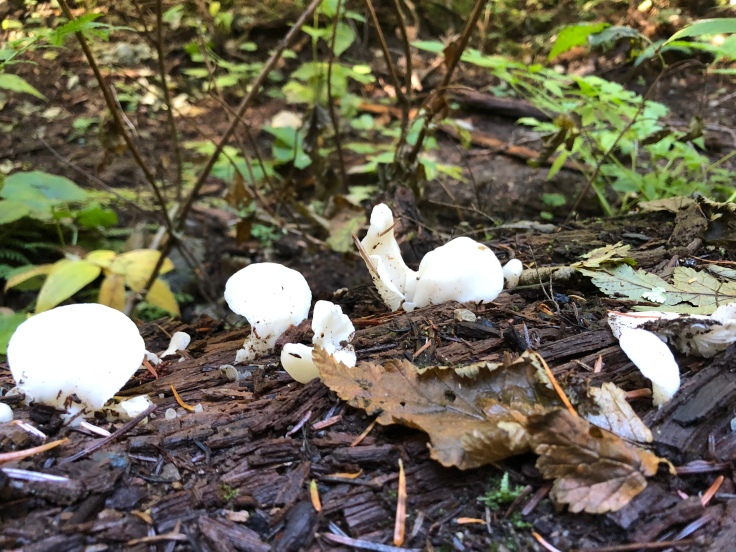