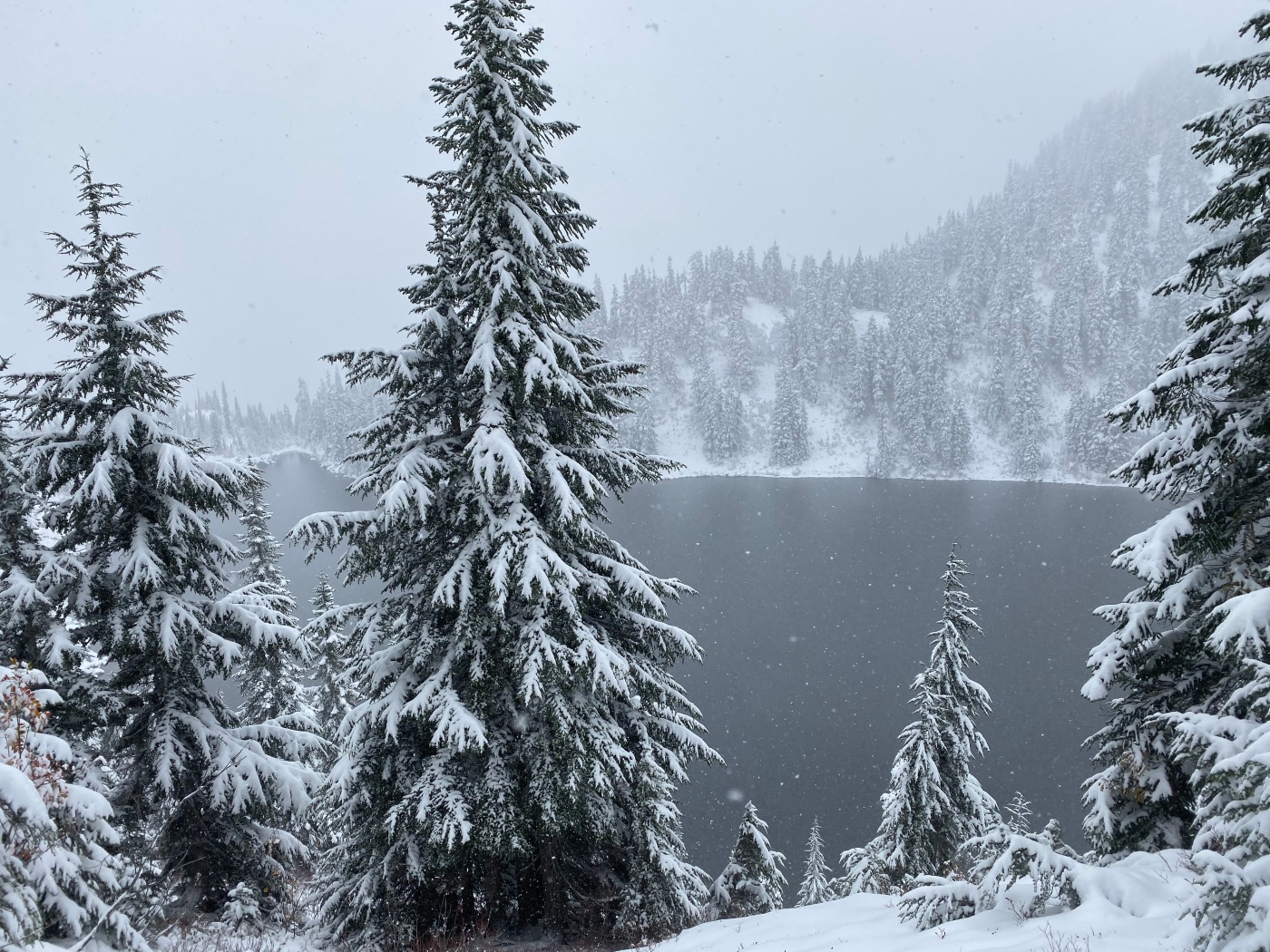 We eagerly anticipate Fall hiking in Washington state.  It is the best time of year.  The temperatures are cool but the sun is out, skies are blue and the leaves are yellow, orange and red.  We can’t forget about the larches!  We wait months for these 45-60 days of spectacular hiking!  We decided to head up to Lake Valhalla to enjoy some of these spectacular colors.  Lake Valhalla sits in a basin so we all were eager to sit on the shoreline and gaze out on the colorful hillsides, eating our lunch and loving all the grey jays who come to visit and steal food if they can!

It’s October 8!  The peak of fall season!  We saw weather reports of a little snowfall at Steven’s pass, but nothing much to worry about.  Just a reminder to take micro spikes (just in case) and more layers.

We headed East on Highway 2 in the rain.  By Skykomish the rain had turned to slush.  Not long after, it was heavy snow.  As we headed up the pass, the road was covered in several inches of snow.  Not all cars could make it up to the summit.  At this point, we had left Fall and jumped all the way into Winter!

We parked at the Smithbrook trailhead.  It was snowing hard!  A few inches of snow had already fallen. We donned our fleece, puffy jackets and hit the trail!  About 50 feet in the trail disappeared.  Trees were folded over due to the weight of snow and they were blocking the trail making it disappear from sight.  Once we were able to clear off a few branches, the trees sprung back up and revealed the trail.

We hiked up through the switchbacks and out into the open.  Normally there are sweeping views of the mountains, but the cloud cover was really low so all we could see was snow falling and clouds.  There really isn’t nothing more peaceful than hiking through roughly a foot of fresh powder.

As we reached the intersection with the PCT, we ran into two northbound hikers who were on their last 20 miles.  They were cold and wet, but motivated as the end was in sight!  We wished them well and congratulated them on such a huge accomplishment.

We hit the saddle and could see peekaboo views of Lake Valhalla.  It was dark and moody due to the low ceiling.  No fall colors in sight!  Just snow.  Lots and lots of snow!  We made our way down to the lake just as the wind started picked up.  It was gusting pretty good and throwing what felt like ice pellets right at us.  It was clear we would not be staying at the lake for more than a quick view.  We sought out some shelter from a gathering of trees nearby and eat a quick lunch.  It was getting pretty chilly so we decided to head back, in case the wind decided to make a consistent appearance.  Hiking back 4 miles in a headwind with ice pellets is never enjoyable!  Once we made it out of the valley the wind had stopped and the clouds were beginning to clear.  The surrounding peaks became visible.  We ran into a second set of PCT hikers that were calling it quits.  The snow was the last straw after a few rainy, cold days for them.  One was from England and the other sounded local.  He said he would be back next year to finish!

Although we headed out for Fall colors we did enjoy the fresh snowfall.  We all can’t see 45-60 days of Fall hiking this year!  It looks like winter has arrived early this year and plans to stay! 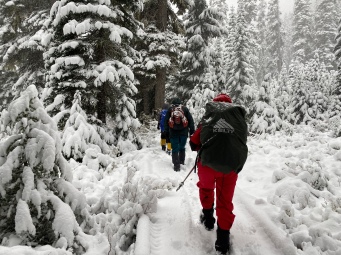 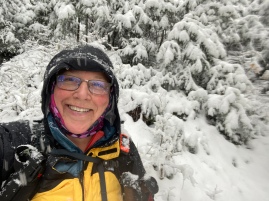 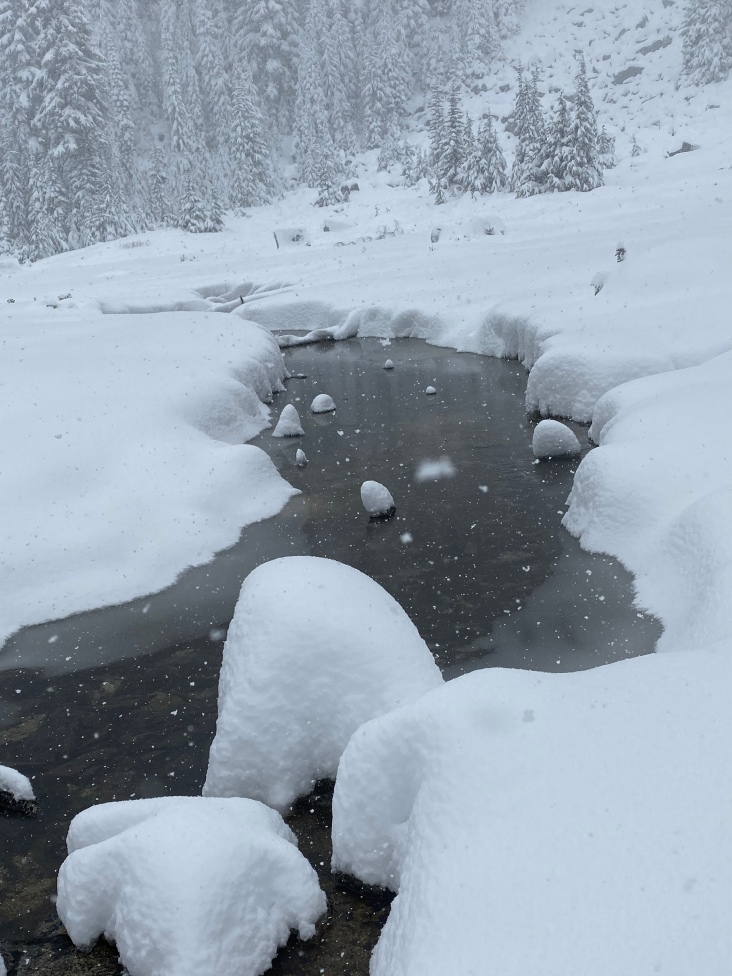