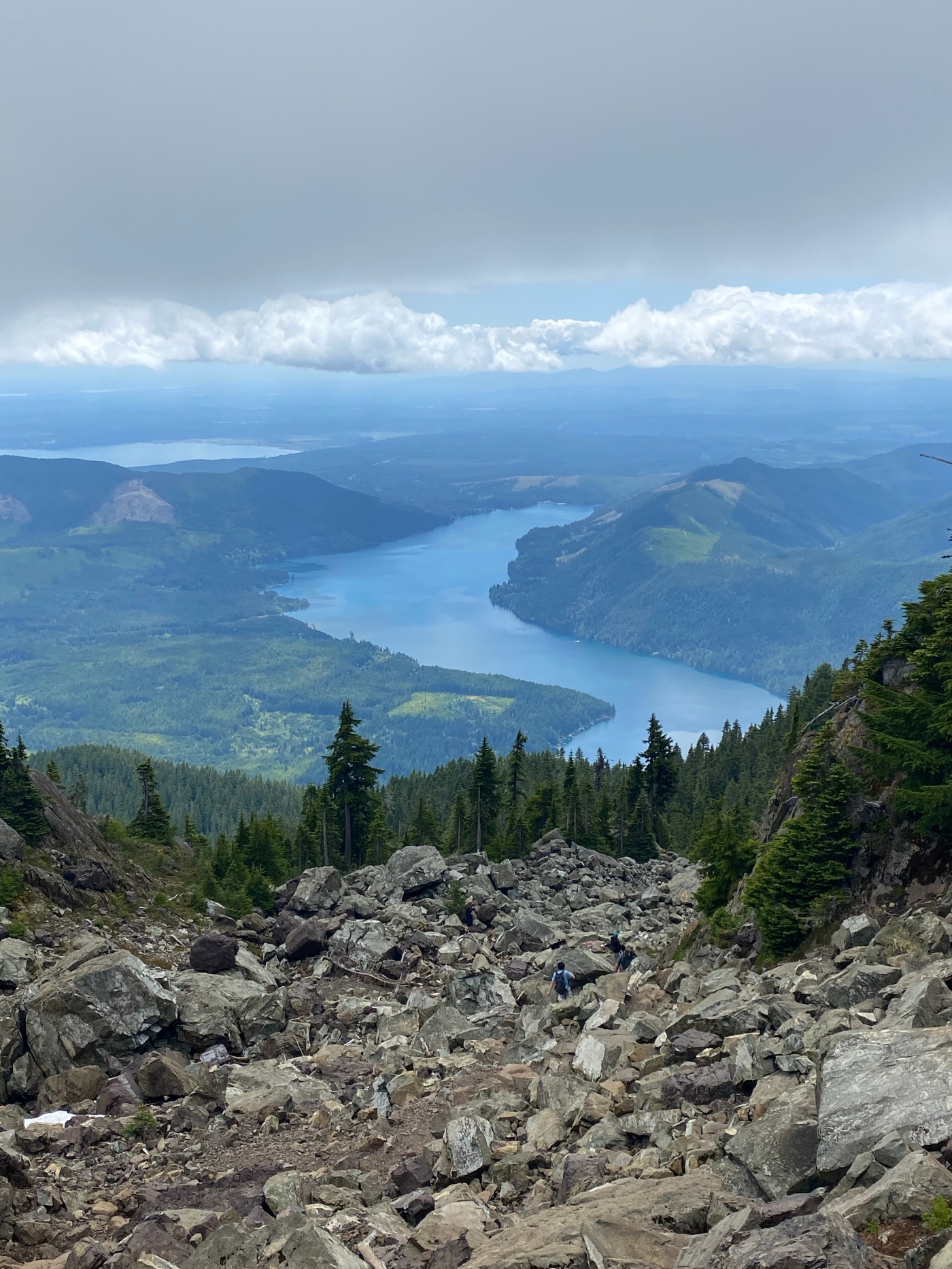 Mount Ellinor is part of the Olympic Peninsula and has been home to non-native mountain goats for years. Over the years the mountain goats became too friendly with hikers and developed a reputation for being quite aggressive. The state began relocating them last year but a few still remain. Sometimes when you climb Mt Ellinor you get lucky and see a few goats and other times they are nowhere to be found.

Mount Ellinor has been on my list for awhile. From the lower trail the hike is 3.6 miles each way. The first 1.9 miles takes you through a typical Olympic Peninsula forest. Dry forest ground and massive for trees. This portion is really nice but lacks a view outside of the trees. The elevation gain is only 1,600 feet so it is a nice warmup for the rest of the mountain!

Some people choose to start at the upper trailhead and skip the first 1.9 miles. The trails meet at 3,500 feet and you start a rapid, constant ascent to the summit. Over the next 1.6 miles you climb nearly 2,500 feet in elevation. The trail is mostly well marked and consists of a lot of stairs, both made of rock and laid timber by trail crews. There is no shade on this section so it can get quite hot. There are several opportunities for great views over Hood Canal on a clear day. Unfortunately even though the forecast was for clear skies, I had a pretty thick marine layer that hung around all morning and significantly limited the view.

This climb is a grind. There is no other way of saying it. Your calves and thighs are burning! Because of the twists and turns of this hike you really can’t see the summit until the very last stretch so you really don’t know how much further you have to go.

I did finally make it to the top in 2.5 hours. I was pretty happy with this due to the elevation gain and the slick footing. At the top the marine layer of fog made visibility very low. We really couldn’t see much of anything around us. I was able to sign the logbook so that was pretty awesome! I ate some lunch and talked to a few other hikers at the top as we all hoped stalling a bit would allow the marine layer to burn off, but no such luck!

The trip down was not so enjoyable. Due to the loose dirt and rock it made for seeing the stairs difficult and slipping was a regular occurrence. It was slow going until I made it out of the rock area and back to the forest. There was a pretty steady stream of hikers headed up while I was on my way down. This is a very popular trail! I was a bit surprised at just how busy it was on a weekday.

I’m glad I was able to check this one off my list but don’t think I would do it again.